Garuda Mart, on the back of its home appliance products like LED TVs under brand, Washing Machines, Refrigerators etc. has already penetrated the southern market and enjoy a sizeable market share.  It is heartening to note that the Covid pandemic disruptions didn’t dampen the demand for brand products. Today, 70 per cent of the company’s business comes from its LED TV, washing machine products. The company is relentlessly working to add more products to its product range.

It is myth that a successful company is born overnight. A lot of planning, strategy etc. go into building a company, and Mr R Venkataramana is the shining example of the same time-tested processes of passion and ambition.

Mr R Venkataramana, a first-generation entrepreneur, struggled for capital. The initial capital for the company came from Mr Venkataramana’s savings and loan. Mr Venkataraman’s wife and parents pitched in with their savings too. Costs remained high, and the company’s margins remained low in the formative years of Garuda Mart.

While Garuda Mart entered the market with really good quality products the branding was a challenge difficult to navigate for new entrants. In the beginning Garuda Mart found out that dealers were unenthusiastic towards the Garuda Mart products and to convert them into marketing partners was a challenge the company has successfully sailed in the end.

Our after-sale and consumer care support systems have largely contributed to in instilling confidence and faith in our dealer partners and consumers alike. After the initial reluctance, the dealers were happy to market our products and were also started enquiring about the company’s potential product additions. The response from the dealers and consumers were most satisfying and can motivate any new company to thrive harder.

Today, it is nothing short of a miracle for Garuda Mart to have earned a market for its products in an environment that is vastly competitive and is entrenched with leading brands. The other challenge that we had to overcome was to remain competitive on pricing, which Garuda Mart managed with its balanced cost-effective interventions. 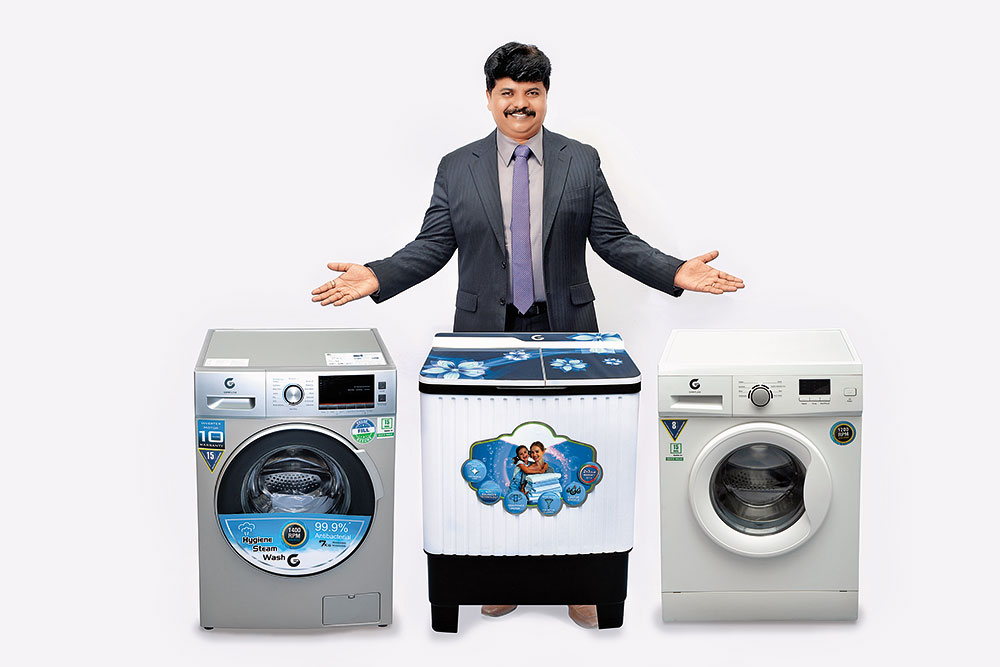 The second part of the challenge was the flow of credit from dealers. Normally dealers enjoy credit periods and do not pay upfront, which becomes a trying task for the small and new enterprises as they have the potential to derail the cashflow affecting working capital. Garuda Mart reduced the credit period up to 10-15 days from three months. This has helped the company to maintain a robust cashflow increasing the working capital efficiency.

As market intervention, the company recruited sales managers to promote the products at the outlet levels. The sales managers ensured that communication channels with end consumers are well maintained. District-wise sales staff regularly met the dealers and ensured effective communication and promotions.

The company supplies to about 1,200 dealers and 12 distributors in South India. Garuda Mart has been able to cover the whole of Southern India and intends to become a Pan-India company soon. The company has major expansion plans and is hoped to reach the remaining parts of India within the next year.

The company has been allotted 2-acre land by Government of Karnataka to set up a manufacturing unit. The work on the manufacturing unit is expected to start soon, after the requisite approvals from the government are obtained. The Chairman & Managing Director, Mr Venkataramana believes that: “Once the manufacturing facility is completed, I am confident that we will be able to add to our list of brands and we will become more prominent.”

Garuda Mart believes in excellence and is committed to invest and promote innovation. All our products are the best and we market them at the most affordable prices. Our technical team is working on new design elements coupled with best technology.

Garuda Mart remains a robust organisation that manages its costs well. The company’s logistics expenses were high, which eventually led to the creation of Garudian Logistics. Mr R Venkataramana sourced loans from the bank and purchased vehicles ranging from 1 ton to 25 tons capacity cargo vehicles. This company hired five drivers. This has immensely helped the company to control its high logistics expenses. Garudian Logistics is offering logistics services to other companies. The company will soon launch a Mobile App to widen the scope of its logistics operations.

Garuda Mart will become a Pan-India company soon. Government of Karnataka has already allotted 2-acre land for a manufacturing unit, which will give further impetus to the company’s operations and future manufacturing capabilities. If the Karnataka government extends support, Garuda Mart plans to launch a Kitchen cluster on 20 acres where all 50 home appliances components can be manufactured indigenously. Garuda Mart will remain a staunch promoter to the future small enterprises.

Garuda Mart thrives to be a big contributor to the “Make in India” initiative under the Prime Minister’s Atmanirbhar Bharat Abhiyan. The company envisions to become an indigenous manufacturing company of major parts for the other small entrepreneurs in India.